Introduction/Theme
The Star Wars X-Wing miniatures game is a fantastic game taking place in our beloved Star Wars universe. YOU take the role of fearless pilots of X-Wings, Y-Wings or even the legendary Millennium Falcon and on Imperial Side, Tie-Fighters, Tie-Bombers, and so on... In tactical and exciting air combats you are responsible for the fate and the future of your whole world…

Components
The game is produced by Fantasy Flight Games and Heidelberger Spieleverlag, and honestly speaking, I haven't seen such awesome and detailed miniatures yet. The core set comes with one X-Wing and two TIE-Fighters, and cards, and tokens, and wheels for maneuvers, and measure equipment - so basically all the stuff you need to play. Lots of further expansions have been released yet, whereas the Y-Wing and the TIE Advanced will be covered in this review. More expansions (A-Wing, Millennium Falcon!,…) will be hopefully introduced later on.

Gameplay
The basic rules are very easy to understand and you can start playing within minutes. With the basic rules you can even play with your kids, ages 6 and up.  After choosing your ships and pilots (different stats & skills) each player secretly chooses the maneuvers for his ships by using the wheels. After moving the ships with the equipment proived (really comfortable and easy!) actions can be taken, and battles are resolved afterwards. Each ship can fire once, after checking whether an opponent is within range and visible. After applying certain multipliers (skills, weapons, actions,...) dice are rolled. These steps will be continued until one side has lost all its ships and looses the battle.

The ships included in the Core Set (one X-Wing, two TIE-Fighters) are quite well balanced and easy to start with, but even in this minimal setup a lot of fun! Of course different pilots and upgrade cards (e.g. weapons) are included as well.

The Y-Wing is a heavy ship, which can take a lot of damage, but is not so maneuverable. It comes with 4 more pilots and nice upgrades like droids or an Ion Cannon. Nice ship, nice expansion, adds lots of variety.

The TIE Advanced Fighter can take more damage than a regular TIE Fighter, and also comes with 4 more pilots - including Darth Vader, the most skilled imperial pilot. Also upgrades like missiles and special actions are included. Must-have!!

Conclusion
The Star Wars X-Wing miniatures game is one of the games we play most lately, even with my kids - sticking to the basic rules with them. It is simple, exciting and has a moderate learning curve. So you can add complexity, tatctics and variety in small steps, just as you desire. It is so much fun to move  the beautiful ships, to work on your strategy and tactics, to try to anticipate your opponents moves and to finally resolve the battles. We love this game!! 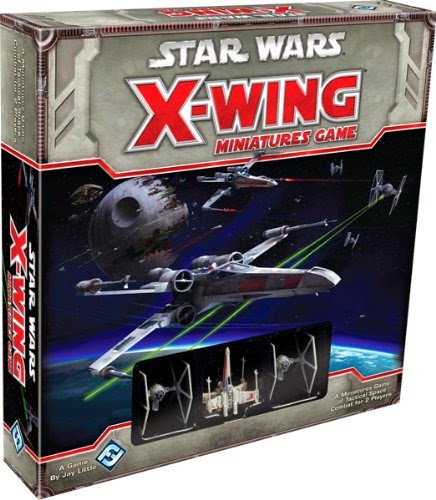 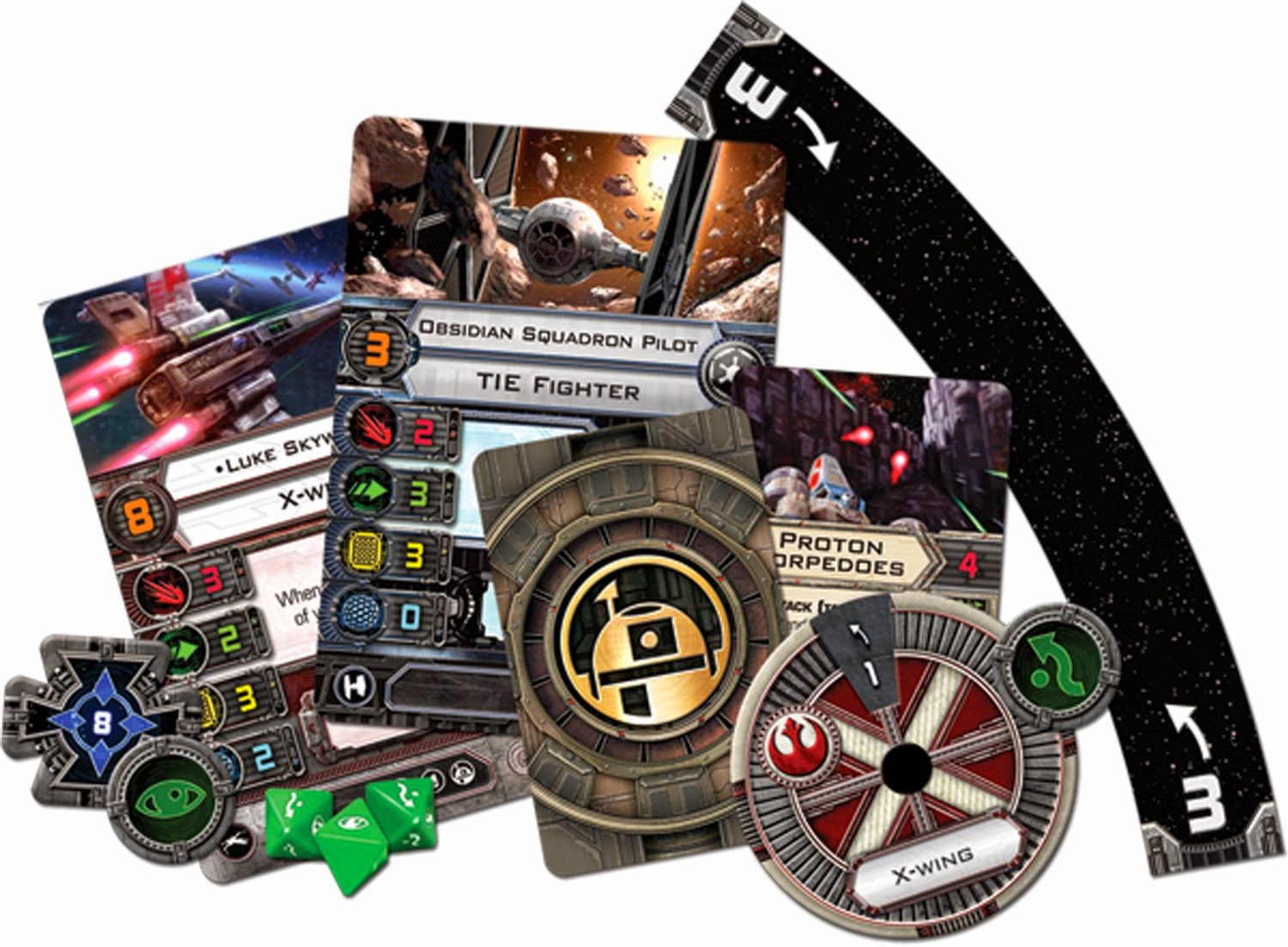 From the publisher: X-Wing is a fast-paced game of tactical space combat in the Star Wars universe. Players control starfighters from either the Rebel Alliance or the Galactic Empire, outfit them with a variety of pilots, special weapons and upgrades, and attempt to outmaneuver their opponents.

This box contains everything two players need to get started playing X-Wing, including painted plastic ships, custom dice, cards, tokens, and quick-start rules. Advanced rules and special missions are also included to let players take their game to the next level.