"A reprint of that old classic deduction game, which still hasn't lost its charme!"

Introduction/Theme
As one of four agents you first of all have to find out who is your ally, and then - together with your partner - you have to complete a secret mission. Very charming family game settled in the beautiful city of Venice.

Components
The reprint of this game is produced by Ares Games and meets high quality standards. The box comes with a nice game board, 16 miniatures (which are assembled in a few minutes), passports, envelopes, cards, tokens and an "Ambassador" figure - who acts as some kind of dice. The rules are straight-forward and easy to understand.

Gameplay
There are four characters in the game, and two of them work in pairs: Lord Fiddlebottom and Colonel Bubble are always "working" against Agent X and Madame Zsa Zsae. Each character is represented by 4 figures (a tall one, a short one, a fat one and a thin one) - although only one figure is the real agent, and the others are trying to confuse the enemies. At each turn you have to shake the Ambassador to see which movements you can make, to reach other figures as fast and possible and gather new information through deduction and logical thinking (out of three cards shown, one has to be the "truth". After you have found your ally your final mission is revealed (two parts mixed together show what you have to do), and the first party achieving this mission wins the game.

Conclusion
The reprint of this old classic deduction game hasn't lost its charme. It's great fun to find out at the beginning who is your ally and what is your mission, and overall the game is also more challenging than for example Cluedo. It is basically a 4 players game, although this new edition also comes with variants for three and five people - these are also fun! It is a simple, nevertheless exciting game - great for the whole family! 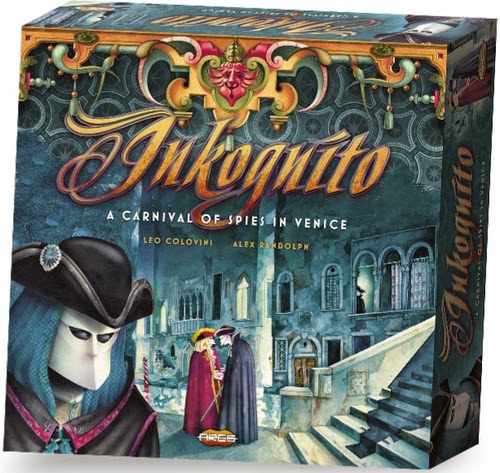 From the publisher: The goal of each agent in Inkognito is to complete a mission, together with his partner. At the beginning of the game, however, players don't know which mission they must fulfill!

In the standard four-player game, each player guides one of four secret agents. The four characters are allied in pairs: Lord Fiddlebottom and Colonel Bubble are always partnered against Agent X and Madame Zsa Zsa. Each of the four agents is represented by one of four different figures, with different builds: tall, short, fat, thin. Only one of them represents the actual character controlled by a player. The other three figures represent spies which are friendly to him and that are trying to confuse the opposition.

There is another character with an important role in the game: the Ambassador. He can be used to get clearer information about the other characters. Everyone wants to meet him because he is well-informed and can be useful to accomplish your purposes, but he can also help your rivals, so do everything you can to keep him far from them. 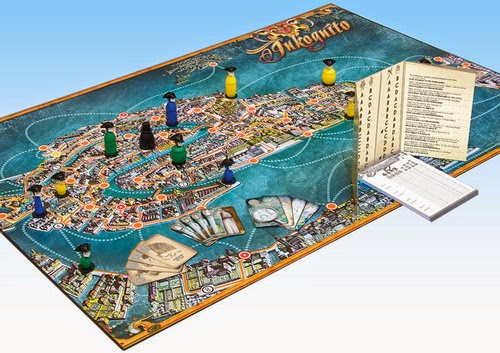 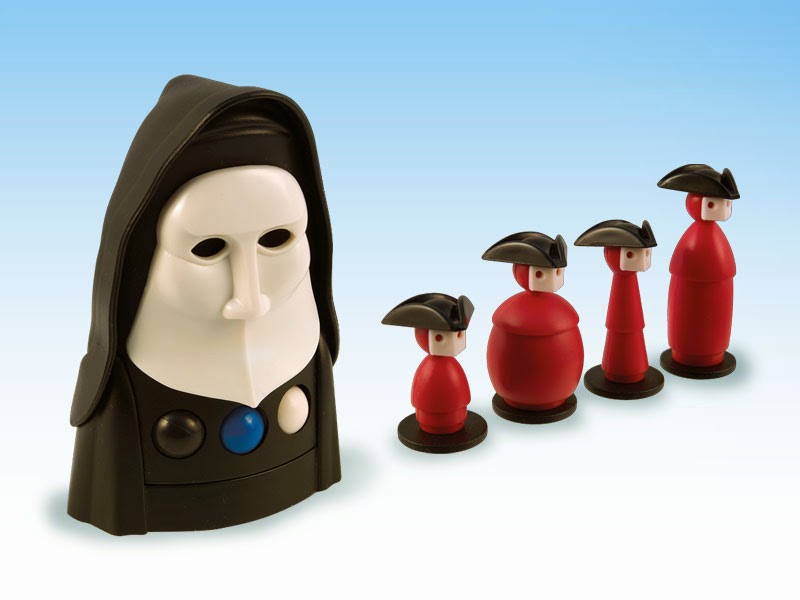