If you are looking for another great Cthulhu RPG campaign, have a look at this exciting global campaign - consisting of three connected adventures. It's all about the complots that the Great Old One Chaugnar Faugn ("The Elephant God") is working on for million of years. Starting with a mysterious elephant statue from Tibet which appears in Berlin, the journey goes on to London and finally brings the brave adventures to Montreal - where the grave of a saint bears some horrible mysteries...

As expected from Pegasus Press you will find a great, coherent plot together with a lot of high quality material like cards, pictures and background knowledge about the main characters and places. Recommended! 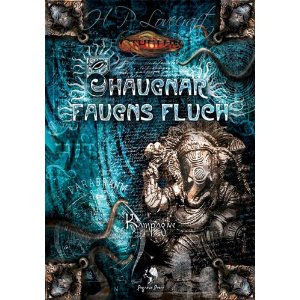 Chaugnar Faugn (or Chaugnar Faughn) appears as a horribly grotesque idol, made of an unknown element, combining the worst aspects of octopus, elephant, and human being. When Chaugnar Faugn hungers, it can move incredibly quickly for its size and use its lamprey-like "trunk" to drain the blood from any organism it encounters. [Wikipedia] 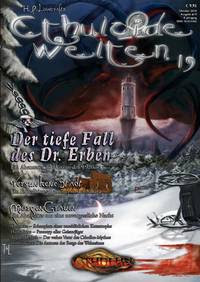 "Cthuloide Worlds" is the official german Cthulhu magazine, which is released twice a year. It comes with background stories and articles about the mythos, as well as high quality adventures and support material for your roleplaying games.

Magazine #19 contains three adventures in the 1920-setting (in Germany, and an expedition in the Sahara) as well as an article about "Tanguska" and an interview with Charles and Janyce Engan (Campaign "Mountains of Madness").